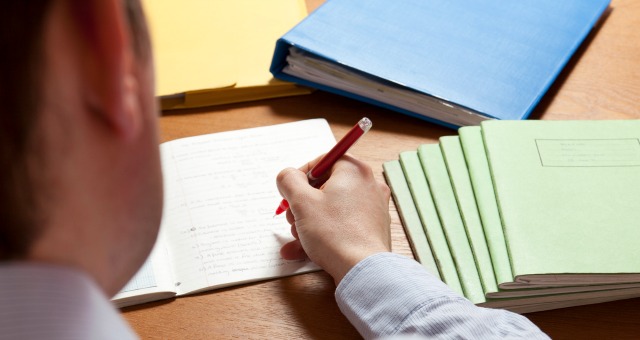 “Good job” “Vague” “Grammar” Do they look familiar? Students are used to getting the bulk of their feedback as these sorts of “margin comments” running down the side of their papers. Unfortunately, such comments are of almost no value to the student, because he or she does not understand them. All the examples above lack sufficient detail to be of help to the student. For feedback to have value, the student needs to be able to see what they did well or poorly in their work, and how to do better the next time around. But the examples above do none of that. A student who reads “good job” does not know what was good about their job, and thus what should be repeated the next time. Was the writing good, and if so, was it the spelling, grammar, or sentence structure that got the praise? Maybe the organization of the work was good, and so should be repeated next time. Perhaps it was the ideas that were good, and so the student should focus on critical thinking in their work. The student is given nothing with “good job” that can guide them to repeating the performance next time, or to building on it. The student might even pick the wrong thing as good and start repeating something that is not good, leaving the instructor to wonder why the student’s performance has gone down. The same holds true with statements like “vague.” Ironically, it is the feedback itself that is vague. The student does not know what is vague about what they said. After all, it was not vague to them. They knew what they meant, so why didn’t the teacher? They may even decide that it must be vague to the teacher because the teacher did not read it carefully. The student does not know what they did wrong, or how to fix it.

Tips from the Pros: Improve Student Learning with Peer Feedback

First Day of Class Activities That Create a Climate for Learning

Deep Learning vs. Surface Learning: Getting Students to Understand the Difference